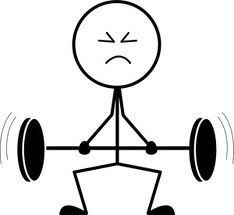 If we were all to make a list of characteristics of a follower of Jesus, here’s one I believe most people would come up with…humility.  Humility is a funny thing in that it’s so often misunderstood.  We might think of a humble person as a wimpy self-effacing chump who every once in a while stumbles into doing something right and is too embarrassed to take credit.  Or maybe we think of the person with self-esteem so low they don’t feel they deserve any recognition no matter what they’ve done!

But that’s not humility at all.  It’s a misguided view of themselves or maybe even an ugly backwards form of pride.  Real humility requires the humble person truly know their self-worth, that they understand their place, and yet choose to give it up out of love for others.  Here’s what Philippians 2:3-8 has to say about humility.

“Do nothing out of selfish ambition or vain conceit, but in humility consider others better than yourselves. Each of you should look not only to your own interests, but also to the interests of others. Your attitude should be the same as that of Christ Jesus: Who, being in very nature God, did not consider equality with God something to be grasped, but made himself nothing, taking the very nature of a servant, being made in human likeness.  And being found in appearance as a man, he humbled himself and became obedient to death-even death on a cross!” (NIV).

Jesus knew He was the Son of God.  He knew He held the power to free humanity from sin.  And He did it willingly!  Humility isn’t thinking less of yourself.  It IS thinking of yourself…less.  How much more power is in true humility than the cheap version we so often use?

Be a witness,
Nate