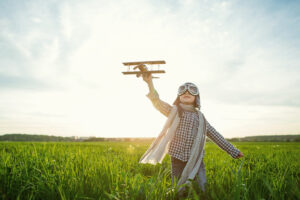 Anyone who has experienced God’s provision could tell you what an amazing thing it is to know how God takes care of his children. All too often though, that feeling is short-lived. One day, we’re feeling like all is well and God is good, and the next we’re asking where God is at.

It was the same way with the Israelites in the desert in Exodus 16. Verses 2 and 3 say, “And the whole congregation of the people of Israel grumbled against Moses and Aaron in the wilderness, and the people of Israel said to them, “Would that we had died by the hand of the Lord in the land of Egypt, when we sat by the meat pots and ate bread to the full, for you have brought us out into this wilderness to kill this whole assembly with hunger’” (ESV). The joy and excitement of God providing a way out of slavery to the Egyptians was already forgotten.

We often operate with the same short memories when difficult times come or sometimes even when we are simply having a bad day and we wonder, “Where is God when I need him?” And so we go back to trusting in ourselves over God. It’s not that unlike the Israelites wanting to go back to captivity.

As part of a psychology course I once took, we studied a horrible condition called “battered woman syndrome.” Though this type of thing isn’t restricted only to women, the theory held that someone in an abusive situation is often afraid to leave it because change, loneliness, and the unknown are perceived to be more painful than the abuse they are suffering.

I can’t help but think this is similar in some way to what the Israelites were feeling…the desire to trust ourselves and what we know over the unknown of what God has planned for us. The comfort of the known beats the discomfort of not knowing. We know that we aren’t truly happy only giving part of ourselves to Him, but the fear that He’s going to make us into some kind of religious nut, or make us sell off everything and live off of bread and water, or make us move to some far-off country ridden with disease and without indoor plumbing, even the fear of looking foolish in front of friends and family is enough to keep us imprisoned, giving only half our hearts to the Lord.

God may or may not have those plans for your life. And although that is a scary thought, I have complete confidence in this; That where God leads you He will give you all that you need to live and grow and prosper in Him and that adventure is far more exciting and fulfilling than the hum-drum life you feel comfortable to stay in. The leap may be a scary one, but it is so much better than the alternative of staying in captivity. Are you ready?

Be a witness,
-Nate